It’s all in the Head 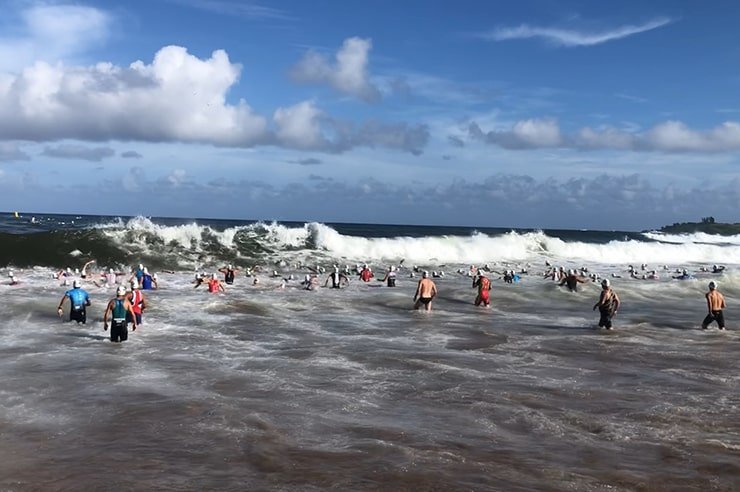 Our journey has been continuing on towards our goal of swimming The Ruby, a 2.5 km swim around Ruby island, Lake Wanaka in January 2019.

Up until now Andy and I have ticked off a number of important milestones. We have discovered together just how buoyant a triathlon wetsuit makes you in the pool (which then of course crosses over to the open water). We have discovered the importance of breathing and the effects that it can have on performance and anxiety and now we also have an insight into the importance of psychology. The road thus far hasn’t all been positive though.

Andy recently shared his thoughts with me. “The whole process of learning to swim so far has not been a linear curve for me, more like a series of different sized waves on the lake. Sometimes I feel like I’m making big strides forward and other times I just feel like I can’t swim at all. The one consistent factor for how my swimming is going is whether I am relaxed or stressed/tired. As soon as there are any question marks forming in my head as to whether I can swim, then the sessions fall apart a little. The last couple of months for me had some external stresses from life really affecting me, way more than I had realised. My background stresses resulted in my swimming going backwards with me beginning to really question what I was doing and how on earth I could even contemplate undertaking The Ruby swim, what was I thinking!”

Andy had hit a low point in his journey. He was feeling like his swimming wasn’t improving and was wondering if the end goal was actually an achievable one. As Andy mentions above, there had been some major changes in his life which were probably not helping his state of positivity towards swimming. Andy’s coach, Merryn Johnston, met with him for a one on one session in the pool to reaffirm to Andy that he could swim and that he had made some really positive gains. Merryn helped Andy to change the tone of voice that was playing in his head. She altered his pool training sessions to lighten his training load and gave him some sessions that he could easily achieve and feel proud of, which helped greatly. Andy and I decided that this was the perfect time to get some expert advice on psychology. Carol Goodlass, an Athlete Life Advisor at High Performance Sport New Zealand very kindly offered her excellent services.

Carol met with Andy and I and she instantly commented on changes that needed to be made to Andy’s vocabulary. She quickly eliminated the “buts” and the “if I cans” and replaced them with positive words such as ‘I will’ and ‘when I do’. Instantly Andy began sounding like he was on a serious mission to swim The Ruby and that nothing would stand in his way! Andy commented on how fascinating the meeting was, “it is so interesting how one frames one’s thoughts can so affect their ability to succeed. The crux of the approach that I need to take is really pretty simple, basically tell myself (and anyone else who will listen!) that I can swim and I will make it around Ruby Island in January.”

We learnt that the everyday stresses in life have a huge impact on training, performance and our psychological state. Andy noted that “there is a natural want for negative thoughts and questions to enter my mind around my swimming, I need to kick these into touch.” Now Andy has a different approach and he has started telling himself that he can swim well and of course he can make it around The Ruby. Carol suggested writing positive affirmations such as “I am a good swimmer” and “I am excited to swim The Ruby’ on a white board that is visible to you frequently throughout the day.

“I’ve got a hot date with Ruby at the end of January, it will be awesome!”…. Andy Millard November 2018!