The Big Challenge…. The Ruby Swim 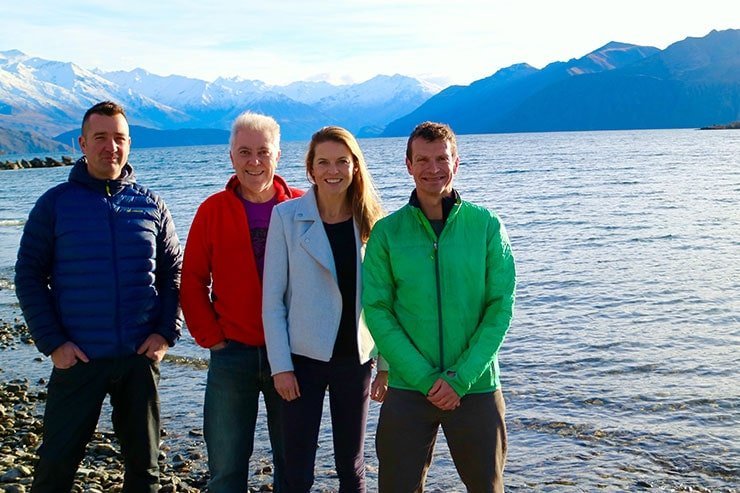 At the opening of the new Wanaka pool a couple of months ago, I was talking to Jamie Norman, a co-founder of The Ruby swim event that is held in Wanaka each year. I was telling him about what I was seeking to achieve with helping others to overcome their swim fear. His response to me was amazingly supportive and he suggested that The Ruby would be a great end goal. He explained that it was 100% in keeping with their ethos of encouraging people to challenge themselves and to try open water swimming. From there Andy and I meet with Jamie and co-founder Eddie Spearing, and it was decided that The Ruby was the perfect fit all round. Andy and I are going to be tackling the 2.5km around Ruby Island swim in January with the encouragement and support of Eddie and Jamie.

The race will start near Waterfall Creek on the western shores of Lake Wanaka where we will swim in the beautifully clear but sometimes cold water across to Ruby Island. We will then begin our circumnavigation of the island before crossing back over from the island to the finish line.

This new goal is perfect for Andy as it not only performs as the ideal prerace swim for the Lake Wanaka Half, but also because Andy already had it in the back of his mind as something he wanted to eventually tackle. Andy has mentioned to me that “This year while running the “Ultra Easy” 100k race in Wanaka at the end of January the timing was great in that we got to see the swimmers start out on the “The Ruby” swim as we were heading up Roy’s Peak. Watching this shoal of swimmers head out to the island was just an awesome sight.”

The Ruby has successfully been held for two years now and attracts swimmers of all ages and abilities as the event has a number of different swim length from the massive 10km endurance swim to a 200 metre swim along the shoreline. This provides something for everyone. Having swum in the race the past two years I have seen how the event is encouraging for all who compete and is really well organised. You can enter The Ruby online.

Andy and I have a lot to achieve before January and Andy has said that “Hopefully this year when the Ultra Easy competitors head up Roy’s Peak in a morning late January I’ll be one of the swimmers making up that shoal heading out to the island. I’ll be a very happy man if I am.”