Racers Edge has long been an institution in the New Zealand ski industry. Back in 1982 Racers Edge was conceived by a couple of enthusiastic skiers looking to make a dollar or two out of the fledgeling ski industry in Wanaka.

Based out of a fruit shop, Racers Edge operated a ski rental business over the winter months. The insulated cool room became a drying room, the fruit box shelves served as rental boot storage. As times changed so did the business. 1989 was a big year for Racers Edge and for Shaker (a.k.a Steve Schikker, owner), with a brand new premises beautifully clad in local stone. The adventure store now had a permanent home. While the winter business grew and grew, the business also developed a summer retail shop making the new, central premises a year round operation.

Based on principles of quality product and excellence in customer service, Racers Edge now sets a benchmark in the New Zealand ski, bike, outdoor and lifestyle industries. 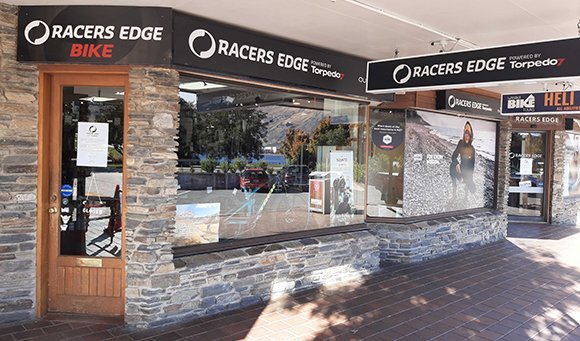 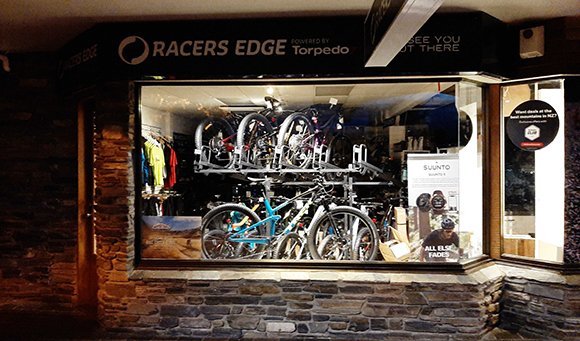 Always looking to the future and with the loss of more hair, Shaker sought to bring in new partners to continue the grand plan. Charles Cochrane and Lucy Fullerton were signed up as partners in June 2007, bringing new skills, a boost in enthusiasm and new ideas. Racers Edge introduced new branding, new style and a fully integrated bike shop all under the one roof.

Not to let life remain stagnant a significant change took place in May 2013 with the ten store Dunedin based RnR group buying Lucy’s shareholding, and giving the business access to a stronger buying base and overall improved business infrastructure. As if that wasn’t enough change, in December of the same year it was announced the online store Torpedo 7, which had itself been bought by The Warehouse Group earlier that year, had purchased RnR creating a strong physical store and online presence.

Changes are still evolving with the future looking anything but boring but the Racers Edge brand will remain. We look forward to expanding our national presence and client base and being at the forefront of the New Zealand outdoors retail industry.