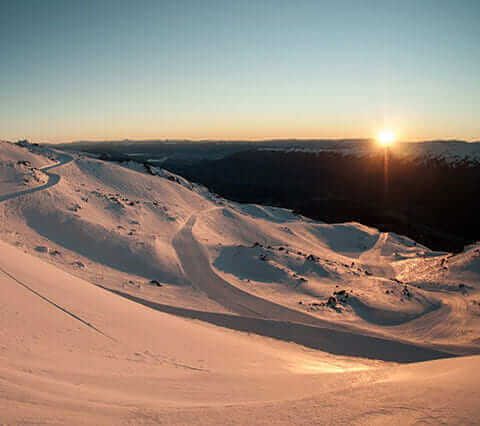 Cardrona Alpine Resort is a relaxed and friendly ski and snowboard resort located between Wanaka and Queenstown, New Zealand.

Anyone and everyone is welcome at Cardrona. Friends, families, those living nearby, those from faraway, skiers, snowboarders, teenagers, kids and senior citizens. They have specialist slopes for beginners, wide open groomed slopes for intermediates, chutes for the advanced and an extensive park for freestylers.

Coming to New Zealand on a skiing holiday’ You can rent your ski gear and snowboard equipment from Racers Edge in Wanaka – we hire out performance skis, sport skis and standard skis for beginners or the budget conscious. Our experienced team of snow experts can help you pick the perfect ski or snowboard rentals for your trip. 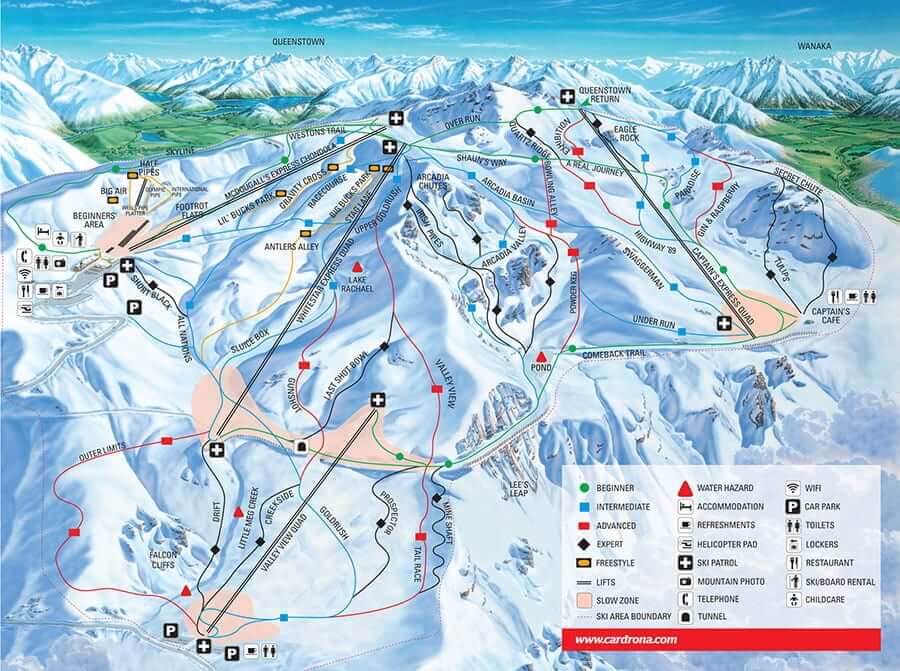 In 2010  the first phase of the Valley View Development opened. The first phase was the lift installation bringing the total number of chairs to 4 which is the most in the South Island. It increased the vertical drop to 600m and increased the terrain to 345 hectares. With this extra terrain Cardrona became the largest ski area in the Queenstown region and second largest in the Southern Lakes region. In 2011 the development was completed with the installation of snowmaking to ensure top to bottom skiing throughout winter. 2012 saw the introduction of a new lift servicing the pipes. No more hiking the pipe! Phew!!

Valley View has increased the amount of intermediate and advanced terrain. But what Cardrona is really known for is its wide open slopes that are fantastic for beginners and intermediates. The majority of the terrain on offer is wide open and fun!

2017 will see the replacement for the age McDougall’s Express with a new Chondola (40 chairs, 10 gondola cabins) further cementing the investment to superior infrastructure Real Journeys have made since buying the resort in November 2013.